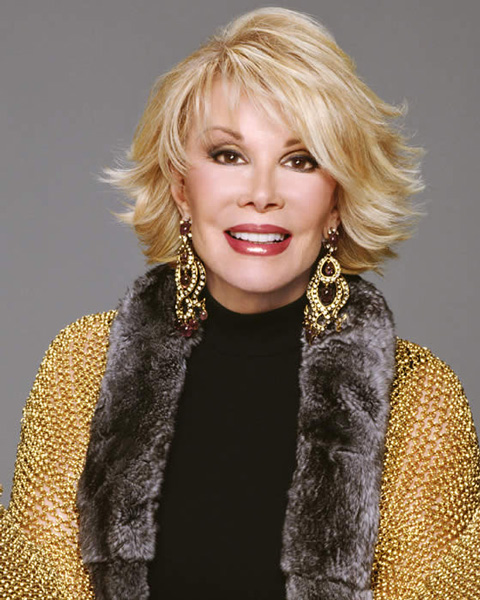 Joan shows absolutely no signs of slowing down. Her reality show, “Joan & Melissa,” in which she stars with her daughter, heads into its fourth season on WE and she’s even appearing on ABC’s “Celebrity Wife Swap.”

“I truly love the business. It’s not a chore,” she said. “I’m always either writing or performing and I like every aspect. I even love set decorating, which annoys the people at E! For me it’s a big sandbox that pays.”

Rivers is asked if she’s bothered that E! is so publicly trumpeting her 80th birthday. “Age means nothing to me,” she said. “Everything is working, everything is going. I’m up, running, taking the stairs, and my concerts are 90 minutes long.”

Here’s just a bit of classic Joan Rivers standup going all the way back to 1967: