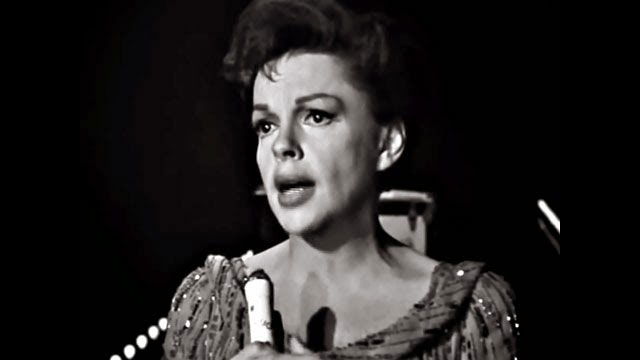 Today would have been the 99th birthday of LGBTQ icon and Hollywood legend Judy Garland.

As a young gay, I knew Garland was one of the LGBTQ world’s “high holies” in the pantheon of idols. I wasn’t the biggest fan, but I appreciated the talent.

Getting older as a gay man, as an artist in the theatre, AND as I learned to raise my voice as an activist, when I came across this clip from Judy’s 1960s TV show, I suddenly got it.

On December 13, 1963, Judy sang “The Battle Hymn of the Republic” in honor of the recent death of President John F. Kennedy.

This performance is, by far, my favorite by Garland. I see her vulnerability, her conviction, and her indomitable strength all at the same time.

Like a sorcerer whose once awesome powers might have dimmed, through sheer force of will she again summons powerful artistry to pay honor to her friend.

For a brief, shining moment the magic returned.

The loss of the president and the inspiration of his promise is clear in her eyes. Check out the 3:10 mark as she stands strong and tall in her conviction.

THIS was why she was a star. This is why she remains in our consciousness.

With virtual and actual pride events beginning to happen all over the country, I’m sure we’ll all hold more than one rainbow in our hearts.