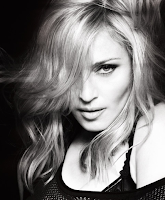 Over her three-decade-long career (first album released in 1983), Madonna has sold more than 300 million records worldwide, amassed a collection of No. 1 singles, and reinvented herself many times over.

Pretty hard to believe Madge is 55. Not only because she looks fantastic, but the original Material Girl shows no signs of slowing down. Her “MDNA” tour last year was the highest-grossing tour of 2012.

Madonna thanked her fans on her Instagram page with this statement:

“Thank u all for your #birthday love! Help me celebrate my birthday, by donating to Raising Malawi to support the work of one of my Heroes, Pediatric Surgeon Dr. Eric Borgstein: http://bit.ly/mbdayborg. Revolution of LOVE!”

What would a Madonna birthday be without celebrating some of her best music videos?