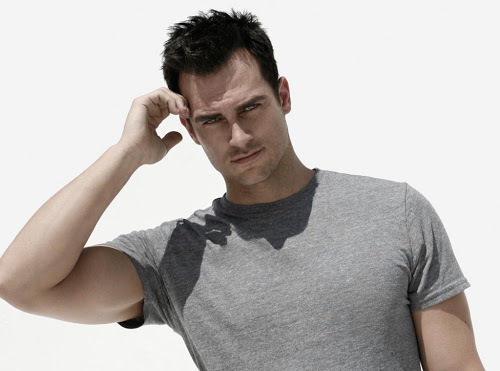 New year, new CD, new opportunities! As one year ends and another begins, Cheyenne shares where the past year has taken him and what’s ahead with E!News:

“This past year, there has been a lot of change in my life,” Jackson says. “Both grandparents died, a Broadway show [The Performers] that I put my heart and soul into closed after six shows, and some deeply personal things transpired as well.

“But on the flip side, my career took off,” the Broadway favorite continued. “I shot four movies, a pilot, a miniseries, sold out the Kennedy Center with my one-man show and just really grew exponentially as an artist. I craved a song to reflect that and the fact and realization that I’m opening myself up to whatever the universe has to throw at me. I can take it. It’s about being brave, being alive, and being right here, right now.”

And being able to put up with some pain. He shot the video while filming Six Dance Lessons in Six Weeks with Gena Rowlands in Budapest.

“My feet were bleeding by the time we walked miles and miles to get those shots,” Jackson says of the video, directed by Hungarian filmmaker Peter Tokay. “But it was absolutely worth it.”

Jackson most recently starred as Tony in West Side Story in Concert with the San Francisco Symphony and Michael Tilson Thomas, a recording of which will be released next year. The openly gay Washington state native also served as grand marshal in San Fran’s annual gay pride parade on June 30.

Check out his new CD, I’m Blue, Skies on iTunes.