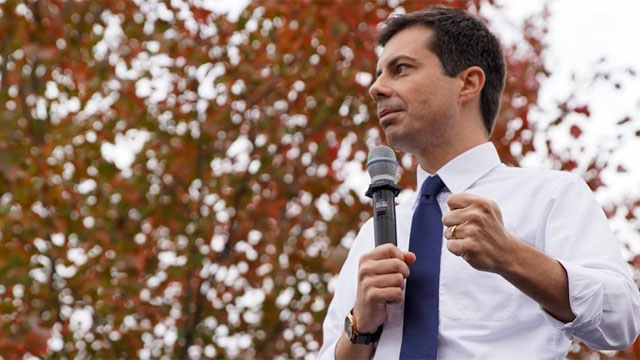 With Mayor Pete Buttigieg moving up in several polls in the Democratic primary, a new survey by Politico/Morning Consult queried voters about the prospects of a gay presidential candidate at the ballot box.

Voters were asked, “Do you think you are ready for a president who is gay or lesbian?”

However, when asked if America is ready for a gay president, folks weren’t as confident.

On the plus side, 40 percent felt the country is definitely or probably ready for a gay president (19 percent and 21 percent respectively).

But 45 percent responded either probably not or definitely not (21 percent and 24 percent respectively).

Similar to the initial question, 15 percent weren’t sure.

Together, we can accomplish anything.

But when asked if their neighbors are ready, voters were even more pessimistic.

Only 26 percent said they felt their neighbors definitely or probably could embrace a gay president (11 percent and 15 percent respectively).

And 46 percent felt the folks next door were either definitely or probably not ready for a gay man in the Oval Office (21 percent and 25 percent respectively).

Buttigieg’s sexuality “may be an issue for some voters as he remains in contention for the 2020 Democratic presidential nomination,” said Tyler Sinclair, Morning Consult’s vice president.

“Notably, 58 percent of Republicans, 32 percent of independents and 22 percent of Democrats say they aren’t ready for a gay or lesbian president,” continued Sinclair.

Sinclair also shared the comparative figures for those Americans who are not ready for a female president which are lower and show more progress on that front: 36 percent of Republicans, 15 percent of independents and 8 percent of Democrats.

In related news, the New York Times recently wrote that the Buttigieg campaign held focus groups in South Carolina where African-American voters make up a majority of Democratic voters.

According to an internal campaign memo, “many of the 24 uncommitted black voters in the groups, men and women of ages 25 to 65, were deeply uncomfortable discussing Mr. Buttigieg’s sexual orientation, the memo said, adding that they felt the mayor was ‘flaunting’ his sexuality by the very mention of having a husband,” reports the Times.

I would love to have asked those voters if they felt a straight political candidate mentioning their spouse would come across as ‘flaunting’ their sexuality.