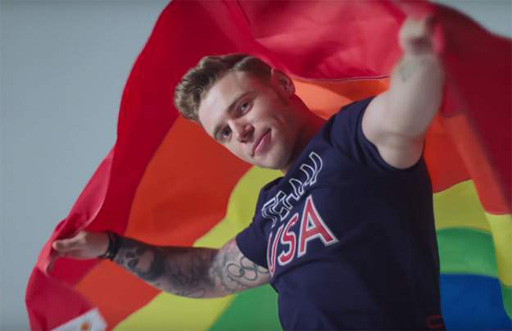 As Kenworthy celebrated his now-famous Olympic kiss with bf Matthew Wilkas, a Twitter user (with the same name as a Trump lawyer) chimed in with an ugly comment.

The troll asked: “Question is, if men marry men and women marry women who will produce children in this world”

Didn’t realize this moment was being filmed yesterday but I’m so happy that it was. My childhood self would never have dreamed of seeing a gay kiss on TV at the Olympics but for the first time ever a kid watching at home CAN! Love is love is love. pic.twitter.com/8t0zHjgDg8

Question is,if men marry men and women marry women who will produce children in this world