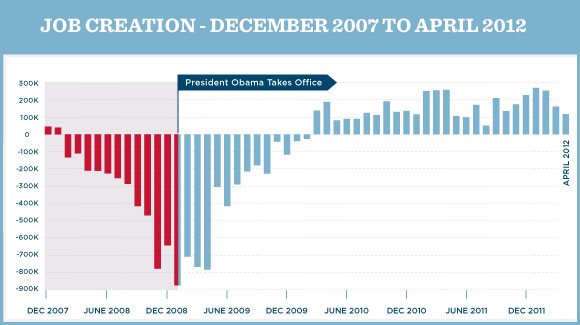 The red bars indicate President Bush’s last months.  The blue indicates the initial job losses during Obama’s first months in office before his policies could make an impact.

After one year of stopping the bleeding, we moved into positive territory.  We’ve actually seen over two years of positive private sector job growth.

Remember – Mitt Romney says this is the wrong direction.  So instead of job growth, is he saying he wants to go in the other direction and LOSE more jobs???