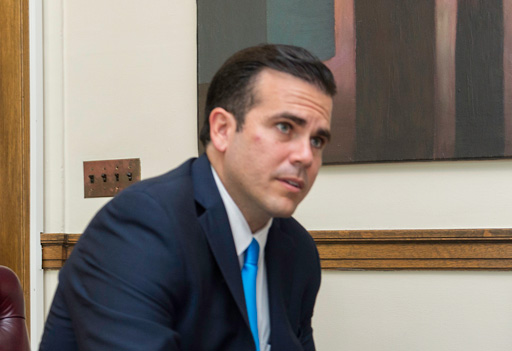 Rosselló, a Democrat and member of the island’s pro-statehood New Progressive Party, is infuriated about a Republican tax plan that he says could hobble the island’s economy even as thousands of residents remain without power and water three months after Hurricane Maria.

“Everybody has seen the damage of the storm and yet policy decisions go in the opposite direction of where they should go,” Rosselló said in an interview with POLITICO on Tuesday. “We’re not just going to stand by. We are going to take action.”

The 3.4 million U.S. citizens living on the island have no vote in Congress, but they do have 5.3 million fellow Puerto Ricans scattered across the mainland who do have a vote. It’s that political power Rosselló plans to leverage.

“We are a significant voting bloc in the United States that perhaps hasn’t been organized well in the past,” he said. “The diaspora, the Puerto Rican exodus, has always wanted to help Puerto Rico, it just hasn’t been crystal clear how they can do it. If we can establish that organization we can have plenty of influence.”

Take a look at Florida where over 220,000 Puerto Ricans have relocated since the hurricane. Those folks are not happy about how the damage has been addressed.