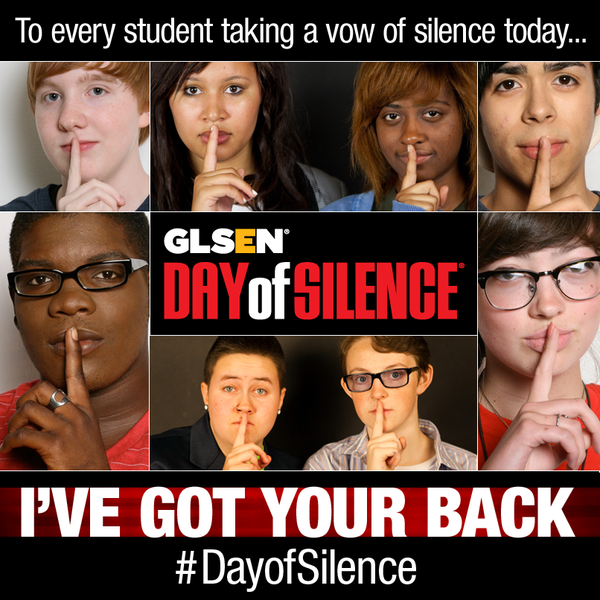 Today is GLSENs Day of Silence – a national day of action in which students across the country vow to take a form of silence to call attention to the silencing effect of anti-LGBT bullying and harassment in schools.

Founded in 1996, the Day of Silence has become the largest single student-led action towards creating safer schools for all, regardless of sexual orientation, gender identity or gender expression.

From the first-ever Day of Silence at the University of Virginia in 1996, to the organizing efforts in over 8,000 middle schools, high schools, colleges and universities across the country in 2008, its textured history reflects its diversity in both numbers and reach.

Students may decide to be silent for the entire school day, or at lunch, passing periods, or only on social media. But by taking part, they become part of a collaborative against bullying.

Sadly, the haters can’t even stand kids being silent as an act of opposing bullying. Anti-gay organizations actually encourage parents to keep their kids home from school today so they aren’t “indoctrinated” in being kind to other kids.