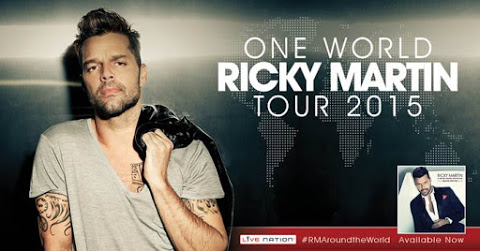 This Tuesday, September 15th, the forever hunky, handsome and uber-talented Ricky Martin launches the US leg of his sold out ONE WORLD TOUR  in the City of Entertainment, Las Vegas!

The show for the tour is completely new and has been designed for a demanding public, with a great production, an incredible stage, elaborate choreography and the set-list includes both classic and new hits from his latest album “A QUIEN QUIERA ESCUCHAR”, the tenth studio album by Martin that debuted at number one in the charts and has reached TOP 5 with three of his singles including: “Adiós”, “Disparo Al Corazón” and “La Mordidita”.

I have two pairs of tickets to giveaway for the American premiere here in Las Vegas at Planet Hollywood, courtesy of FlyLife Inc.

If you want to be considered, leave your name and email address in the comments below. Two winners will be chosen at random Monday afternoon at 3pm PST.

Even if you don’t live in Las Vegas, enter to win and, if chosen, give me the name of your favorite Las Vegan to gift the tickets to 🙂

IF you aren’t chosen, you can check out available tickets at LiveNation by clicking here. 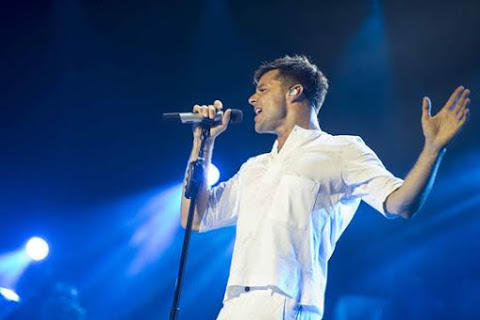 UPDATE: Thanks everyone for entering. FYI – I sent the names in to the NY based PR company who offered the tickets to pick names so I wouldn’t be involved in looking “partial.”

In that I know some of the entrants I didn’t want the responsibility of choosing, or even picking the names out of a hat. I figured a third party who didn’t know anyone would be better 🙂

The two winners this time were Rocky Rowley and Greg Chase.