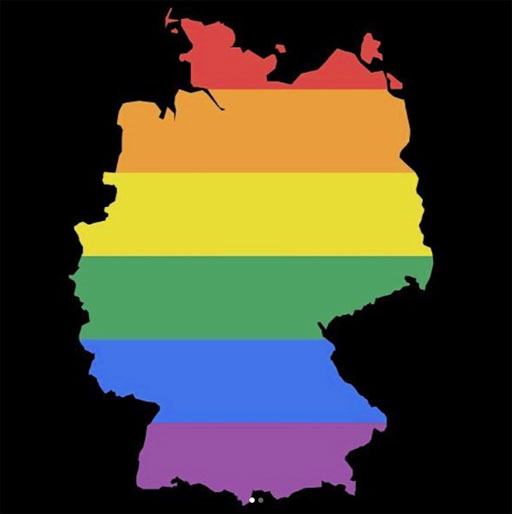 Germany’s marriage equality bill sailed through the upper House of Parliament with no challenges, and now heads to the desk of the German President.

Equal marriage passed through the lower house in the German Parliament last week, after Chancellor Angela Merkel caved in to demands from opposition parties.

The country’s right-wing Chancellor, who has blocked equal marriage for more than a decade, reversed her long-standing policy to allowed her own MPs to vote with their conscience on the issue.

Though Merkel still cast her own vote against the law, it gathered enough support to pass through the Bundestag (lower house) by a vote of 393-296.

Unlike the Bundestag, where Chancellor Merkel’s Grand Coalition holds control, the Bundesrat is controlled by the 16 state governments, with a left-wing majority.

The law effectively passed through the house unanimously, as no state challenged the bill and no vote was called.

The Bundesrat has passed several motions on same-sex marriage before, leading to much of the political pressure on Merkel in the lower house that sparked her climbdown.

A coalition of the Social Democrats, the Greens and the Left previously submitted a bill to the Bundesrat that would recognise marriages between same-sex couples, which was the basis for the legislation in the Bundestag.

The law will now head to the desk of the country’s President, Frank-Walter Steinmeier.