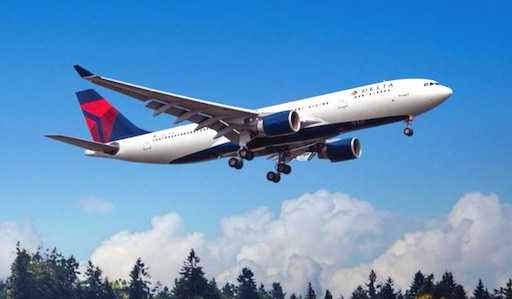 After Delta Airlines announced the company would end its discount with NRA members after the deadly gun massacre at a Florida high school, Lt. Governor Casey Cagle of Georgia threatened the airline with retaliation via tax legislation.

I will kill any tax legislation that benefits @Delta unless the company changes its position and fully reinstates its relationship with @NRA. Corporations cannot attack conservatives and expect us not to fight back.

Casey made good on his threat as this week state lawmakers killed a proposed tax break that would have saved Delta Airlines millions.

The new tax bill passed in both chambers with the fuel exemption stripped out. The state Senate voted 44-10 with only Democrats opposing. The House approved the measure 135-24.

Republican Gov. Nathan Deal criticized the Delta kerfuffle but has signaled he would sign the tax measure.

Based in Atlanta, Delta Airlines is the state’s largest single employer with 33,000 employees in the state.

Now, that was a pretty strong position to take – basically a $38 million slap to Delta.

You have to wonder how many NRA members have actually used their Delta Airline discount…?

Well, Delta confirmed to USA Today that only 13 discounts had ever been used by NRA members.

So, Casey and company have threatened the state’s largest employer over 13 discounts?

I can’t imagine that makes for smart economic growth. And I’m not the only one.

Several governors around the country sent clear messages they would be happy to welcome Delta.

Check out just a few of the invitations the airline has received.

.@Delta, if Georgia politicians disagree with your stand against gun violence, we invite you to move your headquarters to New York. https://t.co/BHvyPECWSe

.@Delta, as one of your most frequent flyers, know that the NY LG admires your principled stance. Let’s continue our great relationship. NY is open for business & ❤’s Delta – move HQ to where you’re appreciated? https://t.co/AZ8xeC0geo

With all due respect to my fellow LG from Georgia, I’d like to thank @Delta for joining the many companies that have ended their partnerships with the NRA, and let them know that they are certainly welcome in our state. https://t.co/lT03MiqXHw

Hey @Delta — Northeast Ohio would make a great HQ if you’re put off by Mr. Cagle’s authoritarian tendencies. Quality of life, infrastructure, and wonderful communities. I’d love to show you around! https://t.co/7Fsh9g0yAD