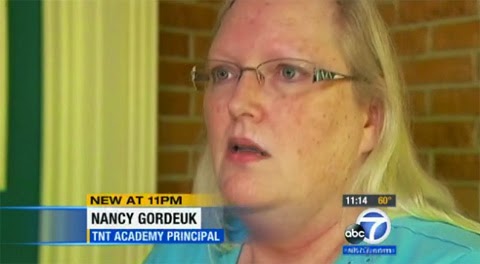 After incorrectly dismissing the crowd at a graduation ceremony before the valedictorian’s speech, Principal Nancy Gordeuk, founder and principal of TNT Academy in Stone Mountain, Ga., stunned those in attendance by saying, “Look who’s leaving, all the black people.”

The comments, captured on cellphone video, sparked immediate outrage at the ceremony, as dozens of students and parents erupted, leaving in protest. The footage quickly circulated on social media, with some calling for Gordeuk’s resignation.

“A terrible mistake on my part of the graduation ceremony on Friday night,” Gordeuk wrote in an email to parents published by WXIA-TV. “The devil was in the house and came out from my mouth. I deeply apologize for my racist comment and hope that forgiveness [is] in your hearts. We all make mistakes and anyone who knows me realizes that I try my hardest to work with the students for them to obtain their goal of a high school diploma.”