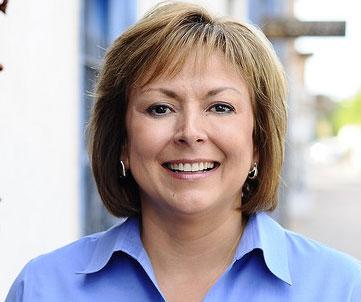 Anti-gay New Mexico Gov. Susana Martinez has pissed off her hair stylist to the point where he’s officially abandoning the lawmaker’s hair.

Antonio Darden, a Santa Fe-based hair stylist, refuses to cut Martinez’s hair after learning that the Republican governor is against marriage equality.

“The governor’s aides called not too long ago, wanting another appointment to come in,” Darden said. “Because of her stances and her views on this I told her aides no. They called the next day, asking if I’d changed my mind about taking the governor in and I said no again.”

“I think it’s just equality, dignity for everyone. I think everybody should be allowed the right to be together. My partner and I have been together for 15 years.”

Darden says he worked on Martinez’s mop three times before he launched his protest.
(source)