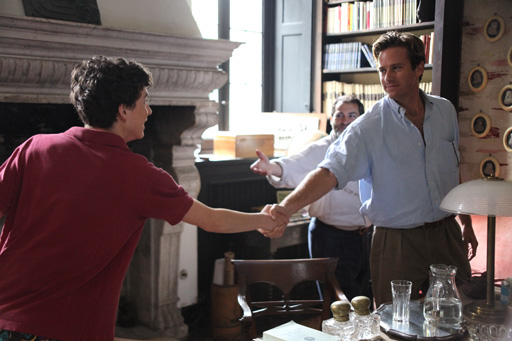 It was an awesome opening weekend for gay-themed indie film, Call Me by Your Name.

Not only did the movie receive 6 Independent Spirit Award nominations, but the film racked up about $404,000 in its opening weekend for the domestic box office.

Screening in only 4 theaters (Los Angeles and New York), Call Me By Your Name averaged $101,219, reports Deadline.

That means the flick has this year’s highest per theater average in the United States.

Based on the coming-of-age novel by André Aciman, the highly anticipated Call Me by Your Name follows Timothée Chalamet as “Elio,” a young man who falls in love with American exchange student “Oliver” (Armie Hammer) at his family’s home in the Italian countryside.

Reviews for the film have been almost universally glowing with a 98% “Fresh” rating on the review aggregator Rotten Tomatoes, and there’s serious Oscar buzz around the movie.