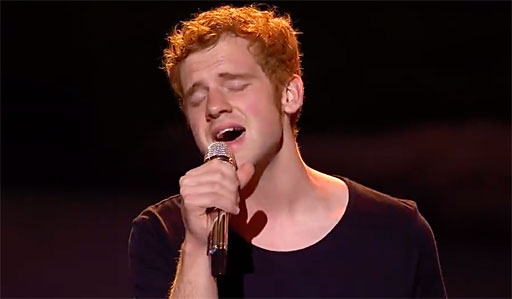 For his first AI audition, Harmon performed an original song titled, “After Heaven,” which wonders if there would be a place in heaven for him.

At the time, he was working as a janitor in his dad’s church. But, he’s since left that job.

The 26-year-old shared that his “Landslide” performance was dedicated to his parents, who he revealed have not accepted him since he came out as gay.

“They were really on my mind when I sang that,” he said in a clip interspersed with his performance. “I just want them to know that I love them, and I tried to communicate that.”

The song choice made for powerful reflection as he sang the song before a live audience:

Can the child within my heart rise above?
Can I sail through the changing ocean tides?
Can I handle the seasons of my life?

“I know that this isn’t just my experience, and if I can be open about it and vulnerable, then maybe that can bring hope to somebody else.”

After the performances, Harmon sat down to hear what the judges had to say.

Katy Perry, who is also the child of a pastor, connected with Harmon relating how her parents didn’t groove on her first hit song, “I Kissed a Girl.”

“It was difficult for me because I felt very alone in what is supposed to be a very exciting time in my life,” she shared. “It has taken some time, but we’ve all come around to agree to disagree.”

“I just want to say, from one pastor’s kid to another, that I see you, and I love you, and I accept you, and I’m so proud of you,” she added.

And with that, she told Harmon he would be moving on to the round of Top 20 aspiring singers.

The ginger singer has definitely struck a chord with the TV audience.

Up to now, the decisions have been left to the judges. Here’s hoping the viewers at home pick up the phone and vote for Harmon.

And, depending how far he goes, will his parents show up along his American Idol journey?

Well, I’ve been afraid of changing
Cause I’ve built my life around you
But time makes you bolder
Even children get older
And I’m gettin’ older, too 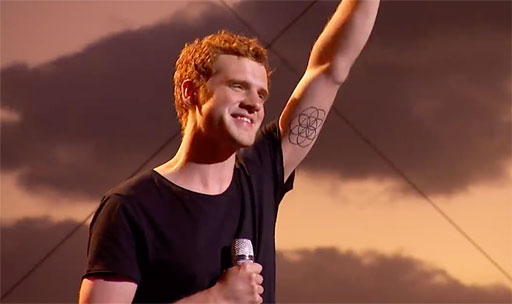