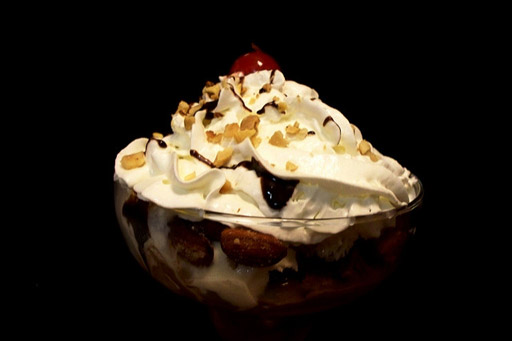 Upscale restaurant The Prime Rib in Washington D.C. prides itself as one of the top-five romantic restaurants in America.

But when Ron Gage, 55, and his partner, Henry McKinnon, 58, ordered one sundae with two spoons to close out their evening, the romantic atmosphere quickly died as their waiter told them two men eating from the same dish “doesn’t go with the ambiance of the restaurant.”

“When it came time for dessert, we asked for one sundae with two spoons,” Gage said. Their server “said he would bring it in two separate dishes. He said ‘It wouldn’t look right with two gentlemen eating out of the same sundae. It doesn’t go with the ambiance of the restaurant.’ ”

The pair didn’t know how to react.

“We were speechless, we nodded,” Gage said. “We weren’t expecting it.”

Stunned, they kept their conversation with the server to a minimum for the rest of the meal, and tipped him 15 percent — they usually tip 20 — and left the restaurant without addressing it with a manager.

“I’m kind of embarrassed to say we didn’t say anything,” McKinnon said. “It just took us back to such a shameful place, in a way.”

But after they had slept on it, they were angry about the encounter and posted about it on Facebook and Yelp.

When contacted by The Washington Post, the Prime Rib’s general manager, James MacLeod, said he was still trying to piece together the situation and hadn’t had a chance to speak to the server in depth yet.

“The waiter in question is Bulgarian, and he does speak four different languages,” said MacLeod, noting that English is not the server’s first language. “I am not sure if he got confused as to what he was saying, or how he was saying it.”

While the manager says he plans to reach out to the couple, Gage and McKinnon say they doubt they’ll return to the restaurant. “It was unbelievable how it made us feel,” McKinnon said.