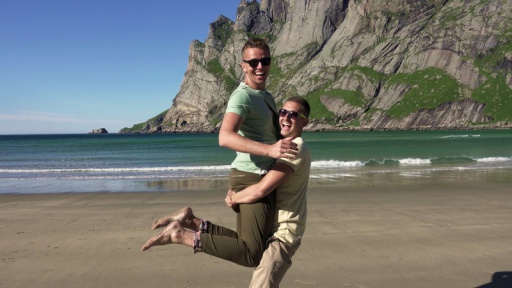 Totally adorable gay couple Jakub and Dawid recently married in Portugal and then honeymooned in Scandinavia where they shot and produced this officially sanctioned music video for Roxette’s “Good Karma.”

The couple had previously produced a video for Roxette’s “Some Other Summer” which went viral racking up over 579K views on YouTube.

Said Dawid, “It was totally different than recording our first video. This time, we got an official permission from Roxette for our recordings so our hands were a bit shaky because we knew that such a legendary band were going to watch it.”

The results are way cute, and so reminiscent of classic music videos.

Watch the new clip below.