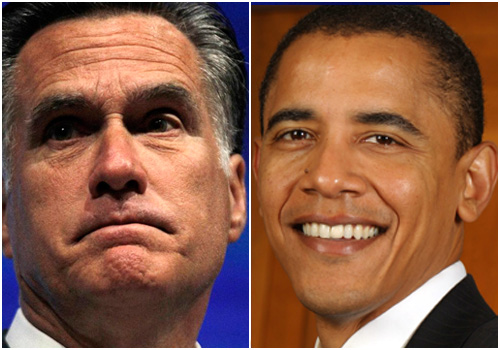 At this point, at the start of the general election (now that Santorum has suspended his campaign Mitt Romney is the sure-to-be GOP candidate) Mitt Romney leads President Obama 47%-45%. Both candidates show 90% support from their respective parties.

From Gallup: “History shows that the candidates’ positioning in the spring of an election year is not necessarily good at forecasting the election outcomes. For example, in an April 20-22, 1992, Gallup poll, incumbent President George H.W. Bush was ahead with 41% of the vote, compared with 26% for Bill Clinton and 25% for Ross Perot. And in an April 11-14, 1980, poll, incumbent President Jimmy Carter led Ronald Reagan by 42% to 34%, with John Anderson receiving 18% support. Both Bush and Carter, of course, ultimately lost their re-election bids.”

UPDATE: President Barack Obama holds a nine-point lead over Romney in a new CNN/ORC International poll, thanks in part to the perception that the president is more likeable and more in touch with the problems facing women and middle class Americans.

According to the poll, 52% of registered voters say if the presidential election were held today, they would vote for the president, with 43% saying they would cast a ballot for Romney, the former Massachusetts governor who is making his second bid for the White House.