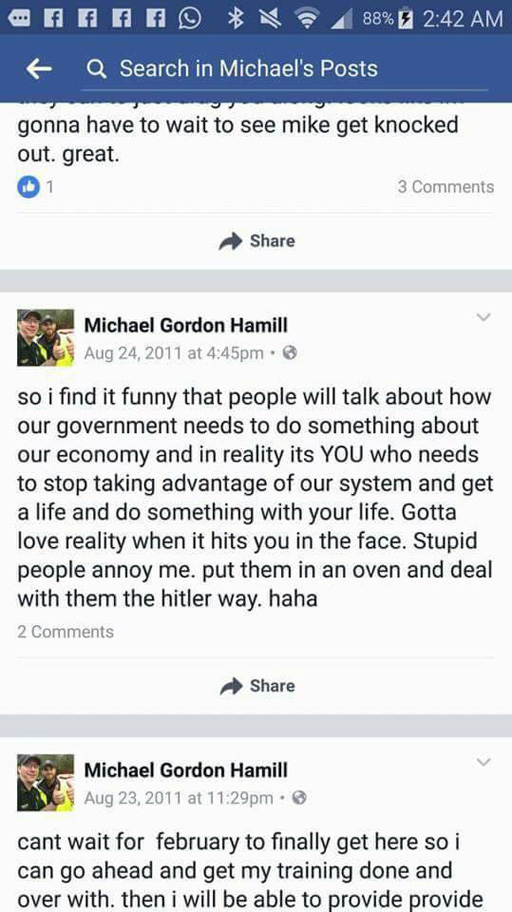 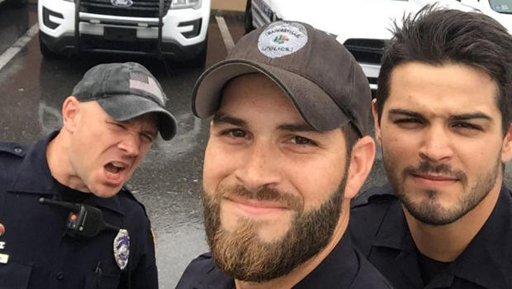 So much pain for Florida locals who suffered massive losses thanks to Hurricane Irma over the weekend.

Every now and then, folks could use a momentary distraction just to lighten the moment, and I think hottie Gainesville police officers might fill the bill.

Officers Normand, Hamill, and Rengering of the Gainesville Police Department briefly stopped the internet this week with this quick selfie they snapped as they started their duties this week.

So much so that fans clamored for a “hot Gainesville cops” calendar, and now there are promises to produce and sell said calendar with funds going to recovery efforts.

The one small snag in all this woofy hotness – apparently Officer Michael Hamill (pictured above center) might have shared some anti-Semite opinions per his Facebook page, making him not so ‘hot.’.

From the Gainesville Sun:

One screen shot is of an April 2013 post, in which Hamill writes: “Who knew that reading jewish jokes before I go to bed would not only make me feel better about myself but also help me to sleep better as well. Here is one for everybody, “What’s the difference between boy scouts and jews?” Anybody know? Well it is because “Boy scouts come back from their camps.”

In another screen shot from a 2011 post, Hamill writes: “so I find it funny that people will talk about how our government needs to do something about our economy and in reality it’s YOU who needs to stop taking advantage of our system and get a life and do something with your life. Gotta love reality when it hits you in the face. Stupid people annoy me. Put them in an oven and deal with them the Hitler way. Haha.” 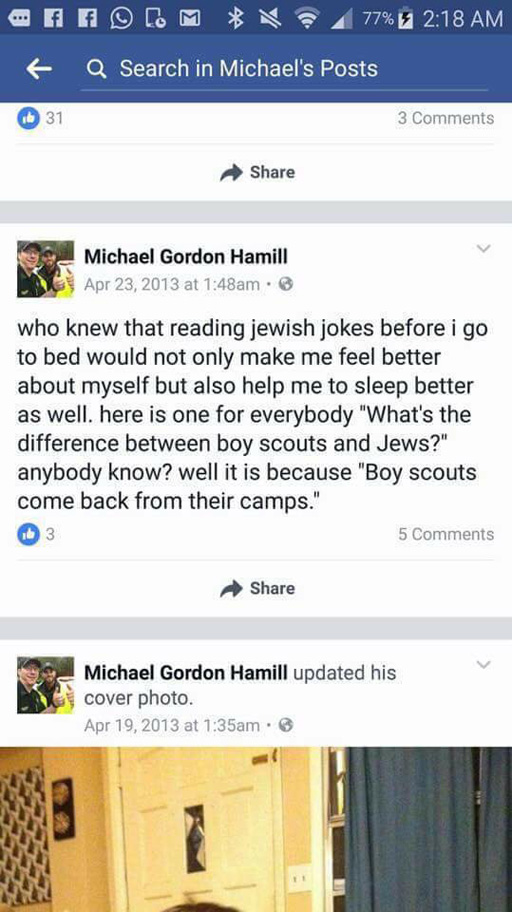