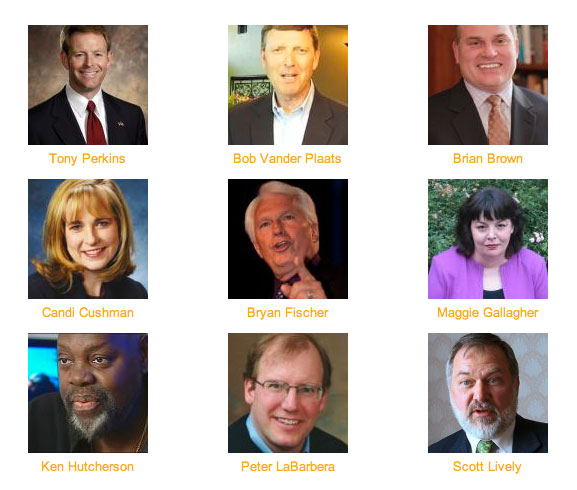 Journalists or producers who are on deadline often don’t have the time to dig into the histories of a commentator. Audiences need to be aware that when they’re not talking to the mainstream media, these voices are comparing the LGBT people to Nazi Germany, predicting that equal treatment of LGBT people will lead to the total collapse of society, and even making accusations of satanic influence.

The Commentator Accountability Project is bringing all of these statements to light, while calling attention to the sentiments behind them. We will show that the commentators who are most often asked to opine on issues like marriage equality or non-discrimination protections do not accurately represent the “other side” of those issues. They represent nothing but extreme animus towards the entire LGBT community.

Have you seen these anti-LGBT voices in your local media? Let GLAAD know today.

Below are just 9 of the many anti-LGBT leaders.  Click here for more info and a full list.