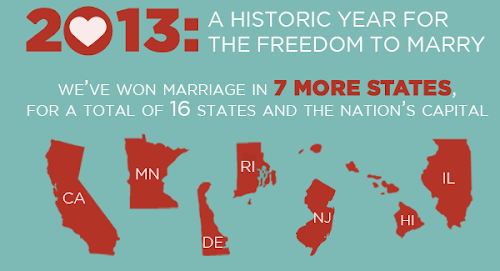 From Freedom To Marry via press release:

We still have a lot to do to finish the job. But as shown by the hard-fought, long-sought win in Hawaii and our other recent victories, when we work together, we get it done.

Because of this work, millions of Americans have evolved into a national majority for marriage. Today, Hawaii’s leaders have joined them by opening their hearts and changing their minds, writing this latest chapter in America’s history of liberty and justice for all. 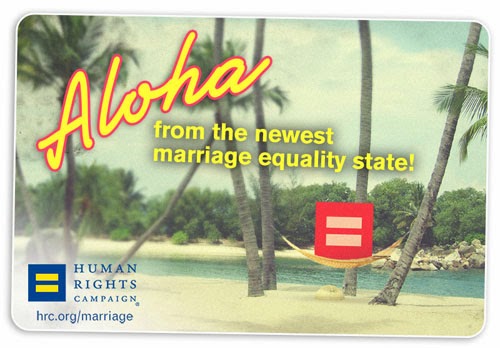 This is another chapter in an exciting string of victories this year. But more than that, it’s proof that hard work, long-term dedication, and the support of individuals from around the country (including YOU) can make the difference when it comes to securing basic rights for loving couples.

Hawaii was one of the first states to begin fighting for marriage equality, and helped raise this question of fundamental rights to a national consciousness. And though our progress has ebbed and flowed over the years, today we can finally claim victory.