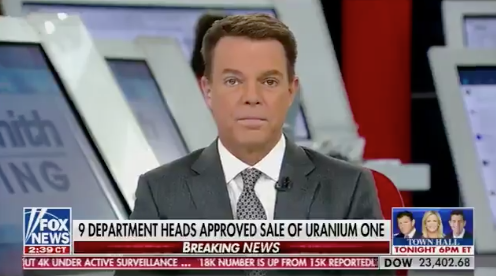 There are reports today that US Attorney General Jeff Sessions in looking into allegations that Hillary Clinton somehow profited from the sale of Uranium One mining facilities back in 2010.

The short version of the story: She didn’t.

On the orders of Attorney General Jeff Sessions, Justice Department prosecutors have begun asking FBI agents to explain the evidence they found in a now dormant criminal investigation into a controversial uranium deal that critics have linked to Bill and Hillary Clinton, multiple law enforcement officials told NBC News.

At issue is a 2010 transaction in which the Obama Administration allowed the sale of U.S. uranium mining facilities to Russia’s state atomic energy company. Hillary Clinton was secretary of state at the time, and the State Department was one of nine agencies that agreed to approve the deal after finding no threat to U.S. national security.

While Hillary haters have spun the story as “Hillary sold American uranium to Russia” in exchange for Clinton Foundation donations, the truth is Hillary wasn’t involved in the deliberations.

There were nine US departments that oversaw the decision, and the deal was unanimously approved by all nine. The State Department official who took part in the meetings has already stated Hillary didn’t intervene in the issue in any way.

Watch below as Fox News’ Shepard Smith explains the facts of the case. You’ll soon see why this is just another Trump-led attack on Hillary.