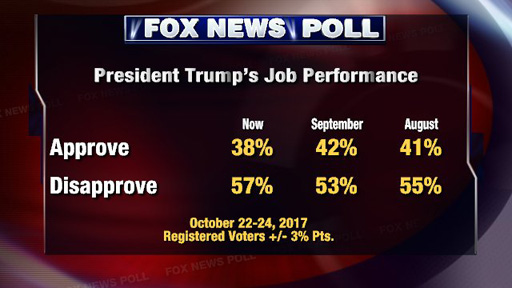 More bad news for Donald Trump – and this comes from the very Trump-friendly Fox News.

The Trumpster’s job approval rating dropped to a new Fox News poll low of only 38%, down 4 points from last month’s 42%.

Additionally, his disapproval rating jumped up 4 points to a high of 57%.

Interestingly, among those Trump has lost favor with are white men without a college degree. Trump dropped 12 points in one month in that particular demographic, and they were a big part of his election win.

White evangelicals are also taking a dimmer view of the president as he plummets 8 points from last month’s poll to only 56% of those voters giving him a thumbs up. On election night last November, he got 80% of their vote.

Voters also give the Trump administration negative ratings regarding how it responded to the Puerto Rico hurricane (-32), mass shooting in Las Vegas (-23), and the California wildfires (-21). 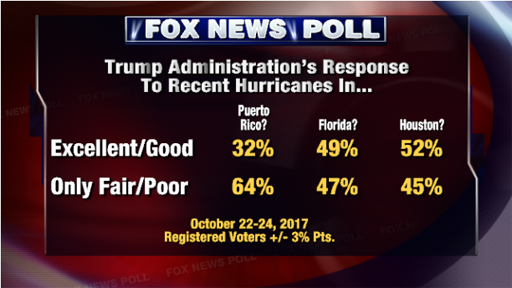