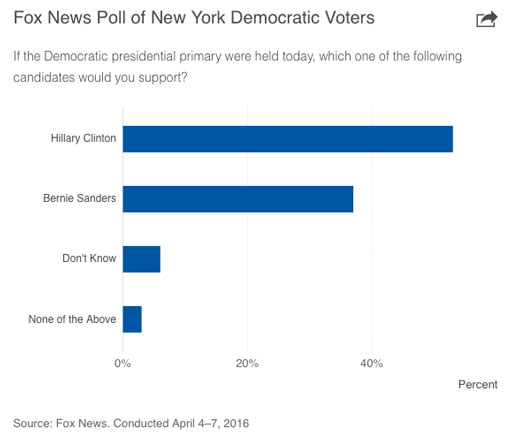 The poll results also show in a hypothetical match-up, Clinton would win New York in the general election against Donald Trump by that same margin – 53%-37%.