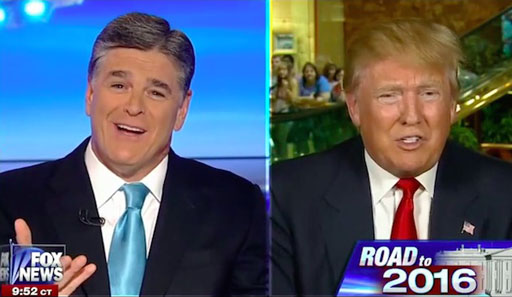 Dana Blanton, vice president of public-opinion research for Fox News, dashed off a memo yesterday instructing employees that unscientific “online polls” like the ones featured on Drudge and TIME “do not meet our editorial standards.”

“As most of the publications themselves clearly state, the sample obviously can’t be representative of the electorate because they only reflect the views of those Internet users who have chosen to participate,” Blanton wrote.

As the Fox News executive pointed out, users who participate in such polls must have internet access, be online at the time of the poll, be fans of the website in question, and self-select to participate.

“Another problem — we know some campaigns/groups of supporters encourage people to vote in online polls and flood the results,” she wrote. “These quickie click items do not meet our editorial standards.”

At least three Fox News hosts cited unscientific online polls in the hours after Monday night’s presidential debate to suggest Donald Trump emerged as the winner of the political showdown.

Trump had come out ahead in a slew of unscientific polls, or polls in which the sample of participants did not accurately reflect the sample of viewers who watched the debate. Such polls are almost always discounted by professional pollsters and analysts.

The only scientific survey conducted in the debate’s immediate aftermath was the CNN/ORC instant poll, which showed that viewers thought Hillary Clinton handily defeated Trump. Respondents to a Morning Consult poll released Wednesday also said, 49% to 26%, that Clinton bested Trump in the debate.

Some Fox News hosts, like Sean Hannity and Brian Kilmeade, continued to
tout the unscientific surveys in spite of the network memo.

It was discovered yesterday that over 70 of these unscientific “online polls” were swamped in a coordinated effort by pro-Trump trolls.