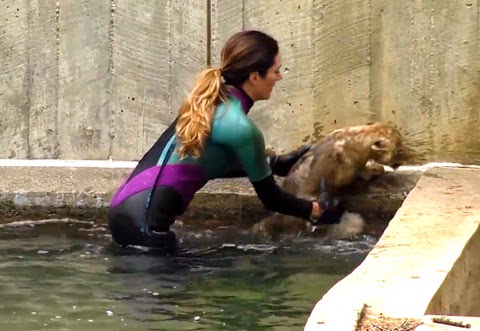 While it makes complete sense, I can admit I never before considered “testing” animals to swim before being put on exhibit.

From the Smithsonian National Zoo:

Four African lion cubs born to Shera on March 2 had their swim reliability test this morning.

All lion cubs at the Smithsonian’s National Zoo must take a swim test, carefully monitored by the animal care team, before going on exhibit. As part of the test they must prove that they can swim to land and pull themselves out of the water.

All of the cubs passed. They are now one step closer to going on exhibit in a few weeks with their aunts and half siblings.