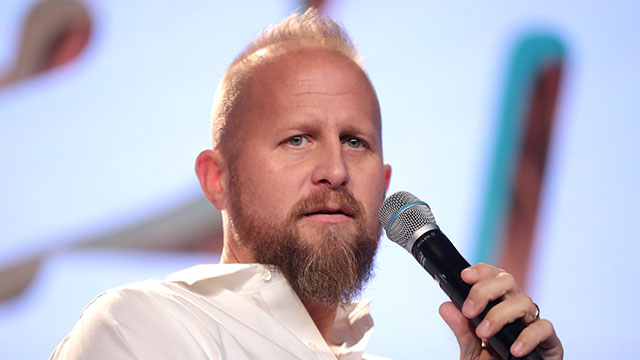 Brad Parscale, Donald Trump’s former campaign manager, was removed from his home on Sunday afternoon after his wife called the police saying Parscale was armed and threatening to harm himself.

They made contact, “developed a rapport” and negotiated his exit from the house, the police said in a statement. He was taken to Broward Health Medical Center under the Baker Act, which provides for temporary involuntary commitment.

Fort Lauderdale Police Chief Karen Dietrich said the encounter at the house was brief. “We went out and it was very short. We went and got him help.”

Dietrich said he didn’t threaten police and he went willingly under Florida’s Baker Act, which allows police to detain a person who is potentially a threat to himself or others.

The Trump campaign issued a statement to Axios which read, “Brad Parscale is a member of our family and we all love him. We are ready to support him and his family in any way possible.”

Parscale was demoted from his position on the Trump campaign after the disastrous Tulsa rally on June 20 this summer which was poorly attended. He also recieved criticism for overspending on behalf of the campaign including millions in payments to his own companies.

The National Suicide Prevention Lifeline (1-800-273-8255) provides 24/7, free and confidential support for anyone in distress, in addition to prevention and crisis resources. Also available for online chat.