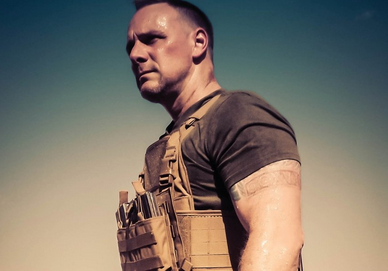 Brett Jones, a former Navy SEAL who received national attention after writing a memoir about his time in the elite military unit, has filed a complaint against a CIA contractor after receiving anti-gay harassment during a recent deployment in June as a CIA contractor.

After leaving the military in 2003, Jones became a military contractor. This recent assignment was his second deployment to Afghanistan since his book, “Pride: The Story of the First Openly Gay Navy SEAL,” which chronicled his 6 years as a SEAL.

But this mission, Jones sensed something was awry upon arrival.

From the San Diego Union-Tribune:

Things seemed wrong as soon as his helicopter landed near his post in Afghanistan last month. Typically there was someone to pick up new arrivals and drive them and their gear to their headquarters. Not this time; he said he walked the quarter-mile to the compound.

He retreated to his room and found his floor dirty and a sheet smelling of feces. Jet-lagged and tired, he slept on the mattress, he recalled.

He overheard people calling him a “faggot,” and he said they were defensive when he confronted them about it.

And during a test ride of some of the team’s vehicles, he got out to walk a stretch through hairy terrain. The team ditched him in 120-degree temperatures, without water, forcing him to walk part way back to their compound before they stopped to let him back inside.

“I heard a faint laughing followed by a distant, ‘He can walk back!’ The door closed and they drove out of sight,” Jones said in a statement.

Ultimately, Jones said he feared for his life concerned that if he were to raise his voice, he could possibly suffer even worse harassment or worse. “Oh my God, what if they did something to try and hurt me and make it seem like an accident,” he said.

In the end, he arranged to leave the assignment early.

“We must embrace and foster diversity, which is why the Committee prioritized recruiting a diverse workforce in its annual authorization bill. There is no place for discrimination in our Intelligence Community workforce, and I will continue to monitor this case.”