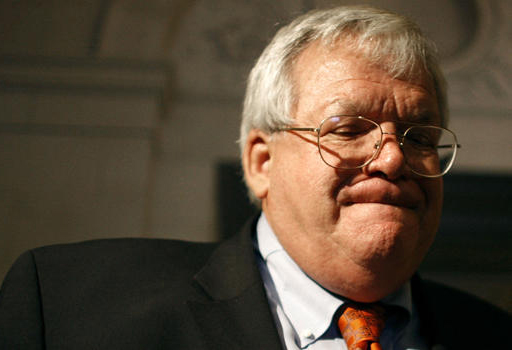 Former Republican House Speaker Dennis Hastert was sentenced to 15 months in jail for bank fraud charges after admitting in court that he had sexually abused students during his tenure as a high school wrestling coach years ago.

U.S. District Judge Thomas Durkin sentenced Hastert to the jail time, followed by two years of supervised release, and issued him a $250,000 fine. The former speaker must also attend sex offender treatment and will not be allowed to contact his alleged victims, Durkin added.

The statute of limitations for the abuse allegations has lapsed, and the banking charges carry a maximum sentence of five years. The recommended sentence was zero to five months, and Hastert’s defense argued that the 74-year-old should be given probation due in part to his age and his failing health.

While looking into some large, unreported cash withdrawals Hastert had made, federal investigators learned the former speaker had been accused of abusing or having inappropriate sexual contact with at least five students while working as a high school teacher and wrestling coach some 40 years ago.

They determined that Hastert began structuring cash withdrawals to avoid bank reporting rules in 2010, and that he used the money to pay off an alleged victim known in court filings as “Individual A.”

Hastert said in court that he had “mistreated” his students and athletes.

“I’m deeply ashamed to be standing here today,” Hastert told the judge, adding that he is getting professional help.

An alleged victim previously known only as Individual D testified in court on Wednesday, and identified himself as 53-year-old Scott Cross.

“I respected and trusted Coach Hastert,” Cross said. “Coach Hastert sexually abused me in 1979, my senior year in high school.”

Cross described how Hastert offered to massage him after wrestling practice one day under the guise of helping him make weight. He said Hastert asked him to lie down, then removed his shorts and fondled his genitals.

“I always felt what Coach Hastert had done to me was my darkest secret,” said Cross, who was 17 when the alleged abuse took place.

As Speaker of the House, Hastert was second in line for the presidency.
Sadly ironic, before Hastert retired from politics, he ‘championed’ tough consequences for child molesters.