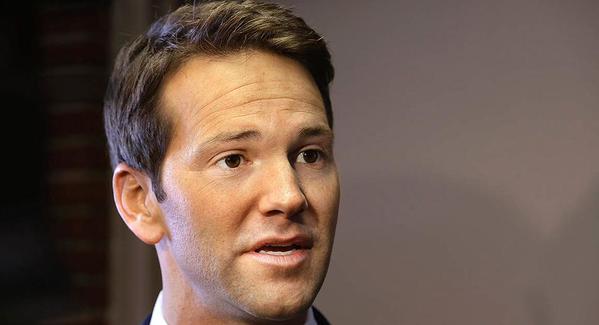 Just when former Congressman (and totally not gay) Aaron Schock of Illinois thought his problems might be settling down, now comes the news that a grand jury has issued subpoenas to his former interns, most probably to ask questions about his now-famous spending habits.

Anthony DeThomas, who was an intern for Rep. Aaron Schock (R-Ill.), received a subpoena to testify before the grand jury investigating the former congressman. The subpoena was read on the House floor Thursday afternoon.

The move by the Department of Justice to call on DeThomas, who was an intern for seven months, shows the level of scrutiny the former lawmaker is subject to.

The grand jury convened in Springfield, Illinois, is hearing testimony about Schock’s spending of federal and campaign funds.

For example, Schock billed taxpayers and his campaign for 170,000 miles on a car that had only 80,000 miles on it. Sarah Rogers, who was Schock’s scheduler, testified on Wednesday. Benjamin Cole, a former Schock senior aide, said in a sworn affidavit to the FBI that Rogers was in charge of the reimbursements in the office.