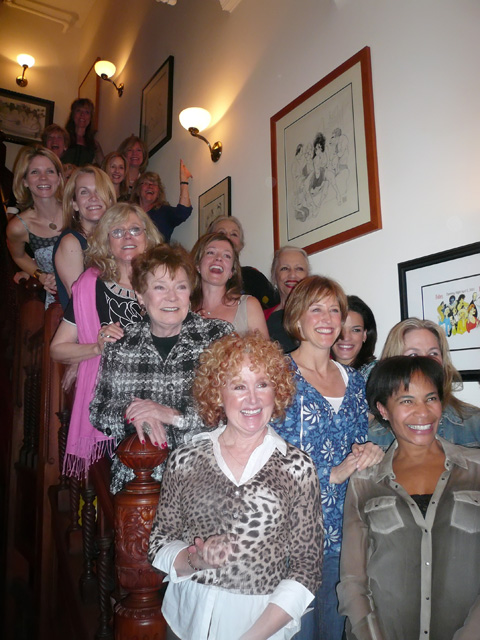 In 2001, I was cast in the Broadway musical “Seussical” before it closed.

I had been working in Philadelphia at the Walnut Street Theater assisting a director and acting as dance captain for a production of “A Chorus Line.” Shortly before opening in Philly, “Seussical” called and, having previously auditioned for the choreographer Kathleen Marshall, offered me a job. I knew “Seussical” wasn’t doing well in terms of ticket sales, but it was limping along. And I had recently returned to NYC from the West Coast with the intention of performing on Broadway again. But before I said yes, my agent asked about the show possibly closing and the casting director said “we wouldn’t be hiring Randy if we were closing.”

For a week and a half I wandered around NYC depressed that this “thing” had happened to me. I whined in my head as I walked the streets of the upper west side – “but I’m a good person… woe is me…” 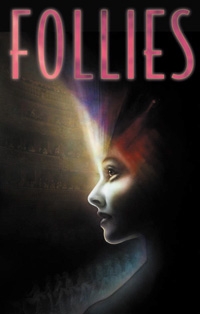 Then, as I was leaving an audition for Susan Stroman’s “Thou Shalt Not” (the casting folks seemed to like me, then they did not) I got a call from the Roundabout Theatre Company. Aldrin Gonzalez had given his notice to leave “FOLLIES” and when asked, Kathleen Marshall remembered me getting the short end of things said “Call Randy Slovacek” (I had auditioned for “FOLLIES” back in the original auditions). They called, said if I fit the costumes the job was mine. I quickly – and hopefully – asked ‘who is leaving?’ (Please please please let me fit the costumes…)

Not only did the costumes fit, but the show was a great fit for me. I LOVED joining such a wonderful company. I had replaced in Broadway shows before and it’s not always the case that you are so warmly welcomed into an already running show. Everyone was so supportive and friendly. I thoroughly enjoyed doing “FOLLIES” – the material was intoxicating just to be a part of. But more than that, I loved the company.

For one week, I rehearsed during the day and watched the show at night from the back of the house. And then it was show-time.

A funny story about my first performance: Rehearsals had been very low-key as I was only in three numbers in Act Two and had about six slow crosses through the “party” as a waiter in Act One. So the stage manager would walk me through my crosses and directed my moments of interacting with the other actors. Easy-breezy.

One more thing: I would be one of the first actors to enter at the top of the show after a brief prologue featuring Judith Ivey. After her short first scene, a door would open and I was to lead the “party-goers” onto stage as I carried a 40 pound party table that was awkward due to a car battery underneath it’s table cloth that powered the lamp on the table.

So, on my first night in the show, as Judith gave the cue and the huge upstage door slid open, I took a deep breath and stepped forward with my table – thrilled to be back on Broadway. HOWEVER, one thing we had failed to make note of during those low-key rehearsals: there was a step up of a few inches as you stepped onto ‘the deck’ of the stage. I missed that. And as I missed it, I tripped, and fell forward. For the longest 8 seconds of my life I did an heart stopping impersonation of Jerry Lewis as I lurched and slipped and saw my life flash before my eyes. All in front of a Broadway audience. With the entire cast behind me. As I lurched practically alone on center stage, I finally – miraculously – found my balance and snapped to upright posture dead center stage, and continued as if nothing had happened. In the back of the theater I saw Rod McCune, our dance captain, toss his notepad in the air and fall out of sight to the floor. Ah, well. Life. Welcome back to Broadway. 🙂

Throughout the run, I took every chance to watch the cast’s beautiful performances from the wings. Magic. The words, the music and the crush of youthful memories.

And, because I was finished for Act One before Polly Bergen’s “I’m Still Here,” I would head to the back of the house via the basement and watch her at least six times a week. I never got tired of watching her show-stopping anthem to survivorship. We closed on my birthday, btw, which I share with Polly Bergen.

From the Tony Awards that year (Polly and Blythe were nominated, as well as Theoni Aldredge for costumes, Jonathan Tunick for orchestrations and also for Best Revival):

This past Monday, the cast gathered together for a 10th Anniversary reunion, prompted in part by the passing of our dear cast member Betty Garrett.

I flew across the country purely to attend what would be a genuinely warm, comfortable and loving gathering of a cast; while we may have only spent about five months together in 2001, you’d never know it from the energy at Judith Ivey’s home. Just as “FOLLIES” explores, this production represented special memories for the performers who lived it, and we were coming back to “glamorize the old days, stumble through a song or two, and lie about ourselves… a little.” Except there were no lies, only love. 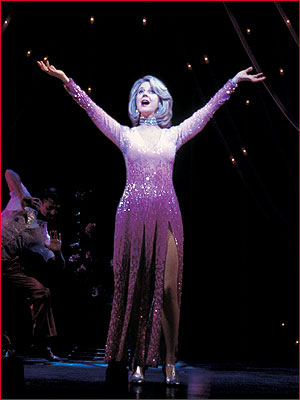 Within seconds of walking into the party I saw beautiful Blythe Danner, who caught my eyes, immediately took my hand and hugged me. I was in heaven. I’ve loved Blythe’s work for so long – Will & Grace, Huff, Streetcar Named Desire – but this was a moment made of friendship.

Years fell away and I felt family around me.

As I moved through Judith Ivey’s wonderful home, I was greeted by smiles and “hellos” and hugs. Everyone in the room was beaming wherever they looked.

Seeing Gregory Harrison was a special smile to share as not only had we done “FOLLIES” together but we played in the musical “CHICAGO” together for a year soon after the “FOLLIES” run. I had seen “FOLLIES” many times before I joined the Broadway revival but never really understood the open truth and honesty of the song “The Road You Didn’t Take” until I saw him in our show.

Judith Ivey, besides being the picture of talent, was the most wonderful hostess. I have indelible theatrical memories of Judith from her recent triumph of “Glass Menagerie” to our run of “FOLLIES” and going back to her moving yet funny turn in “Precious Sons” on Broadway with Ed Harris in the 1980s. (Actually the first time I introduced myself to Judith backstage at “FOLLIES” I recalled to her one of the funniest moments I’d ever seen on Broadway from her performance in “Precious Sons.” She squealed that I remember it.)

Then there’s Treat Williams. What a great star, but moreso, what a great actor. I knew of his work as a strong Hollywood leading man. Handsome, sometimes quirky. But in “FOLLIES” he brought not only his leading man qualities, but a “hang-dog” vulnerability that was disarming. And then getting to know him backstage, he was and is approachable, smiling and open to getting to know everyone.

Not only did the cast come together but our director – Matthew Warchus – and choreographer – the fantastic Kathleen Marshall – came to celebrate this theatrical family.

I could honestly go on and on and on.

I thought I would be at the party for a few hours, but at 1AM I started following folks out as the party wound down. Much like the party-goers from our show, except in this instance at the end of the evening there were no regrets. Just joy.

And we headed out into the night floating on the gift that was “FOLLIES.”