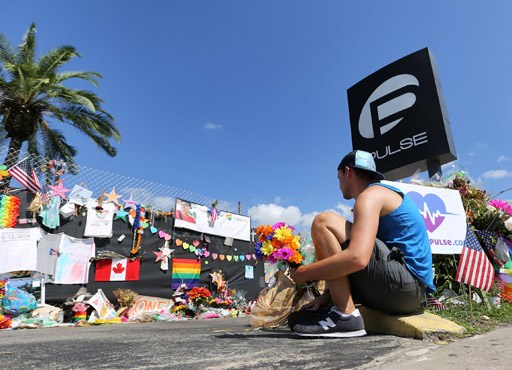 As the nation remembers the tragedy of the mass shooting at Pulse Nightclub in Orlando, Florida, three years ago today, Florida lawmakers in Congress have begun plans to have the nightclub declared a national monument.

CNN reports that during a memorial ceremony on Monday, Reps. Stephanie Murphy, Val Demings and Darren Soto shared their plans to sponsor landmark legislation, H.R. 3094. Soto said he would like to see the legislation pass by June 2020.

Our efforts to designate #Pulse a National Memorial honors lives of 49 victims, survivors, and their loved ones. It’ll serve as a reminder of us coming together to heal and overcome hate. #PulseMemorial will be a symbol of hope, love, and light for our #OrlandoStrong community. pic.twitter.com/lnUrmOnKxG

The local non-profit OnePulse Foundation would retain control of the design and construction, but the designation would make the monument eligible for federal funds as part of the National Park System.

If passed, work to build a permanent memorial would begin by 2021.

Nearly three years after the @pulseorlando tragedy, our local congressional representatives are seeking to make this hallowed ground a National Memorial. Despite that act of hate, this is a place of tremendous love. @onePULSEorg #WeWillNotLetHateWin pic.twitter.com/mYoOYAHE9y

In the early morning hours of June 12, 2016, lone gunman Omar Mateen entered Pulse Nightclub and opened fire killing 49 people and injuring more than 50 more. During the crisis, Mateen told police he considered himself a soldier of ISIS.

At the time, it was the deadliest mass shooting in U.S. history.

Two years later, a temporary memorial in front of the nightclub.

Florida Governor Ron DeSantis issued an executive order on Tuesday commemorating June 12 as Pulse Remembrance Day, and directed all state flags in the state to be flown at half-mast from sunrise to sunset on Wednesday.

Here’s part of the memorial service and announcement held on Monday: