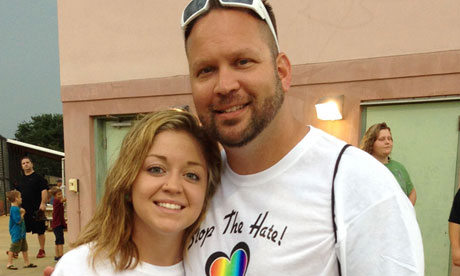 Kaitlyn Hunt, an 18-year-old former high school cheerleader who has been in jail since August charged with felony child abuse for a consensual sexual relationship with her then-14-year-old girlfriend, today accepted a plea deal in Vero Beach, Fla., reports WPTV:

The deal accepted this morning by Indian River County Circuit Judge Robert Pegg was agreed to by Hunt’s attorney and assistant state attorney Brian Workman, resulting in a “no contest” plea to five counts in total: two counts of battery, two counts of interference with child custody, and one count of contributing to the dependency of a child, according to a WPTV report. Hunt will be released from jail on December 20.

The victim’s family claims that the charges were brought out of concern for their younger daughter’s safety and what they felt was an inappropriate sexual activity with an older woman. They have stated the same-sex nature of the relationship was note the issue, and that they are not homophobic.