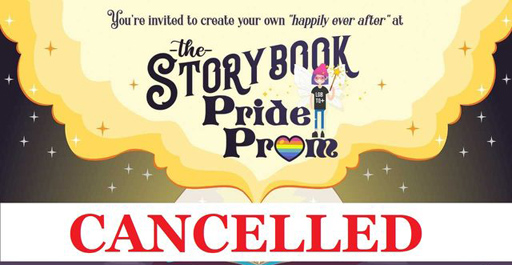 The Willowbranch location of the Jacksonville Public Library in Florida had planned a Pride Month event for young people called ‘The Storybook Pride Prom’ this coming Friday.

The announcement for the prom at the Willowbranch Library for teens 14-18 read, “To celebrate National Pride Month, LGBTQ teens are invited to create their own ‘happily ever after’ at The Storybook Pride Prom! Come dressed inspired by your favorite book character — casual, formal, or in drag — whatever makes you feel great. Be you!”

But virulently anti-LGBTQ activist Elizabeth Johnston mounted her broom and pushed a phone campaign that forced the Jacksonville Public Library to cancel the inclusive event due to threats of violence from homophobes.

“Express your disgust that this perversion is taking place in a taxpayer funded library!” Johnston wrote in a Facebook post.

After a deluge of phone calls and threats, Jacksonville Public Library wrote on its Facebook page that “the library is not confident that it will be 100% prepared to provide a safe, secure environment for customers, staff, volunteers, contractors, protestors and active supporters, and most of all for the teens themselves.”