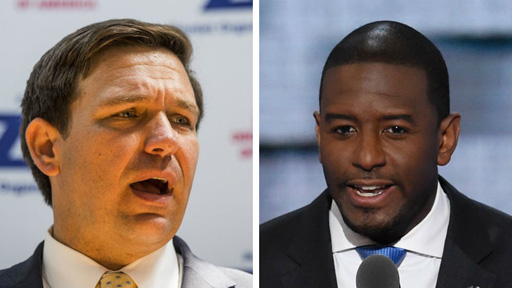 Now, racists have used the term “monkey” for decades to refer to black people.

DeSantis’ campaign claims “monkey this up” is a phrase he uses all the time and it has nothing to do with race.

I’ve personally never heard the phrase in my life, and I tend to get around.

And what’s with acknowledging Gillum as “articulate?”

The mayor of Tallehasse would be the first African-American to lead the state.

Gillum clapped back with dignity:

Andrew Gillum’s response to the remarks made by Ron DeSantis. pic.twitter.com/7Q4kMx52aO

No one really uses the expression “monkey this up,” even when they’re not running against a black man for governor It isn’t whether he intended that to be racist. It was racist. No walkback changes that. Nothing to add. https://t.co/Tr0GsJXUOx