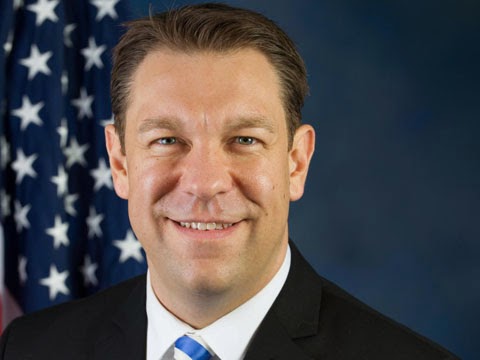 Freshman GOP Congressman Trey Radel of Florida has announced he will resign effective today from the US House of Representatives.

The resignation would seem directly tied to his arrest for cocaine possession last October and subsequent time spent in drug rehab. He returned to his duties as congressman earlier this month on January 7th.

From his resignation letter sent to Speaker of the House John Boehner:

Unfortunately, some of my struggles had serious consequences. While I have dealt with those issues on a personal level, it is my belief that professionally I cannot fully and effectively serve as a United States Representatives to the place I love and call home, Southwest Florida.

I hereby submit this letter of resignation as the Representative of the 19th District of Florida, effective 6:30 pm, Eastern Standard Time, January 27, 2014. Please find the attached letter I have submitted to Governor Rick Scott.

The 37 year old Radel plead guilty to the drug charges and was sentenced to one year’s probation.

Reports say many in the Republican party were anxious for Redel to resign, and a super PAC had raised over $1 million to challenge him in this fall’s primaries.