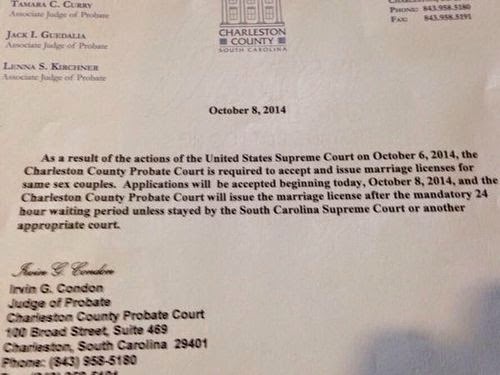 The license was issued to Charleston County Councilwoman Colleen Condon and her fiancé Nichols Bleckley.

Earlier this week, the U.S. Supreme Court decided not to hear an appeal of a ruling allowing same-sex marriage by a federal appeals court with jurisdiction over South Carolina.

In a statement, Condon said that as a result, his court is required to accept and issue marriage licenses.