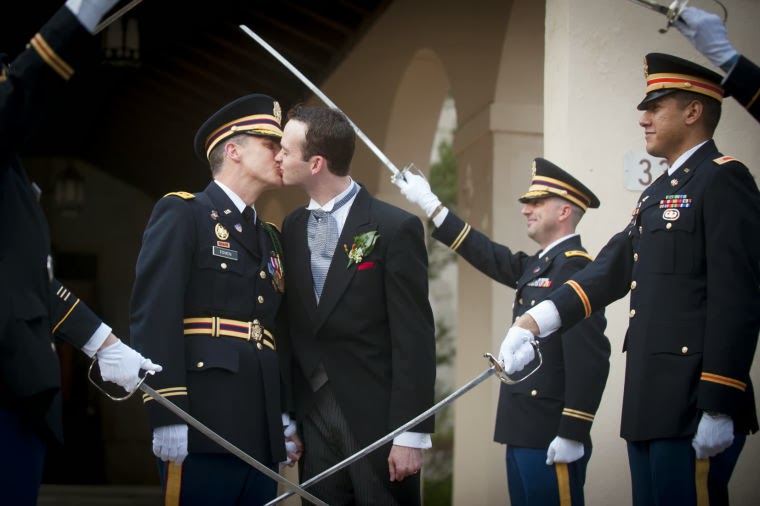 Major Daniel Toven and Johnathan Taylor, who wed in Washington, D.C. in August, blessed their marriage before more than 100 people at Fort Bragg on Saturday.

The ceremony — while not technically a wedding, which would be barred by state law — is believed to be the first for a same-sex couple at Fort Bragg.

The couple exchanged vows and were blessed in front of their family and friends packed in the chapel, which dates to 1934.

Soldiers in and out of uniform mixed with family and friends in the church pews during the Episcopal service, led by the Rev. Harry Abernathy.

Attendees at the service included a one-star general and a command sergeant major.