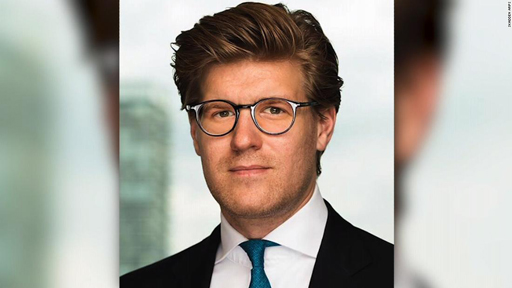 A Dutch lawyer tied to former Trump deputy campaign chairman Rick Gates who admitted to lying to special counsel Robert Mueller’s team was sentenced Tuesday to 30 days in prison and ordered to pay a $20,000 fine.

Alex van der Zwaan is the first person to be sentenced in Mueller’s investigation into Russian interference in the 2016 election.
He pleaded guilty to lying to Mueller’s team in February and faced up to six months in prison.

Earlier Tuesday, Van der Zwaan’s attorneys begged for no jail time for their client, who mostly sat with pursed lips, slouched at the defense table.

He did say a few sentences of contrition that he read from a paper.

“What I did was wrong,” he uttered. He also apologized.

Van der Zwaan covered up his discussions with Gates and a business associate based in Ukraine in September 2016, while the Trump campaign operation was in full swing. He also admitted to lying to investigators about his failure to turn over email communications to the special counsel’s office and to his law firm as it cooperated with Mueller on its investigation of Gates’ and former Trump campaign chairman Paul Manafort’s foreign lobbying.

NBC News is reporting that Robert Mueller does not need Dutch Lawyer Alex van der Zwaan to cooperate as its believed van der Zwaan has nothing to tell the Special Counsel.

As Pete Williams of NBC News says, “This was a punitive sentence to send the message that you can’t lie to the special counsel.”