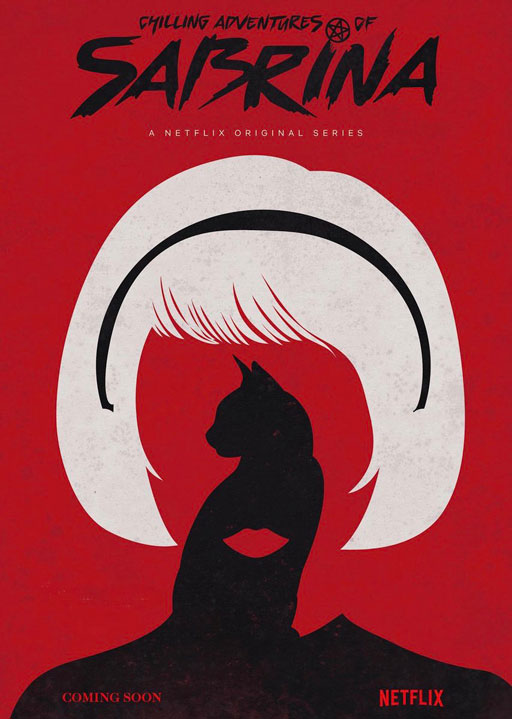 Netflix has revealed a tease for the upcoming reboot of ‘Sabrina the Teenage Witch’ titled, Chilling Adventures of Sabrina

Netflix chose – when else? – Friday the 13th to tweet the first look at the on-screen coven.

Kiernan Shipka (Mad Men),will play half-witch ‘Sabrina Spellman’ in the new series which has been described as “tonally in the vein of Rosemary’s Baby and The Exorcist.”

The show’s official social media accounts posted a short video featuring Shipka along with other actors in the show addressing the viewing audience, “Hey witches, welcome to our coven.”

Robert Aguirre Sacasa, the creator of the new show as well as Riverdale, shared the first look at the show’s official art last week.