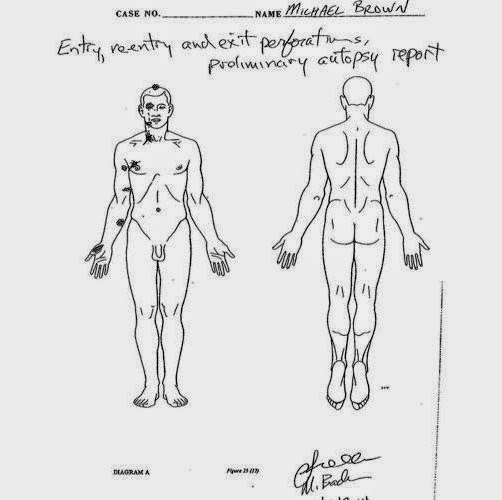 At the request of Michael Brown’s family, a former New York City chief medical examiner has performed an autopsy on the body of the slain teenager.

In a press conference Monday, Baden said two of the gunshot wounds hit Brown’s head in a position indicating he may have been bent over. (The other four wounds were his arm.)

All of the shots but the ones to Brown’s head were survivable, Baden said, adding that the wounds could be consistent with eyewitness testimony that Brown was trying to run away from Officer Wilson.

Brown family attorney Benjamin Crump said “The family would rather the invesigation be done independently of local authority becuase they feel there will not be justice for their child.”