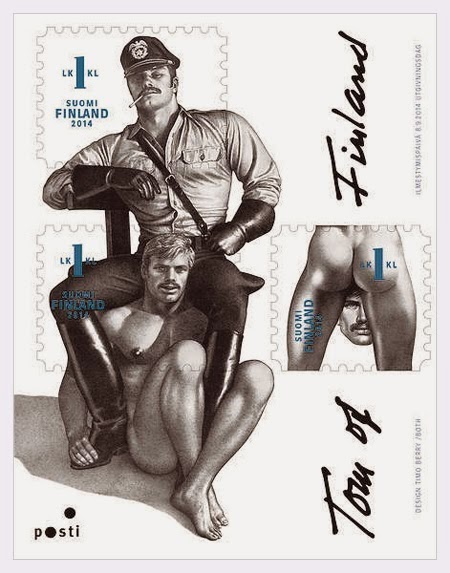 So popular, that stamps honoring the artist, real name Touko Laaksonen who published his drawings under the name Tom of Finland, have been the biggest sellers in the history of Finland’s Posti postal service, with people pre-ordering the stamps in 178 countries.

The stamps went on sale on Monday, with the biggest overseas orders coming from Sweden, Britain, the United States and France.

An exhibition of Tom of Finland’s drawings and letters is being held in Tampere’s new postal museum to coincide with the release of the stamps and there were long queues outside the museum when the stamps began being sold there yesterday.

The demand for the stamps has taken the postal service by surprise.