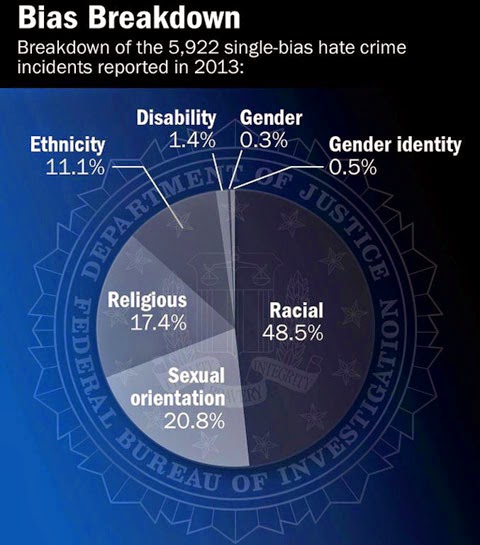 The Federal Bureau of Investigation released its annual Hate Crime Statistics report today which revealed that 20% of hate crimes in 2013 were due to bias based on sexual orientation.