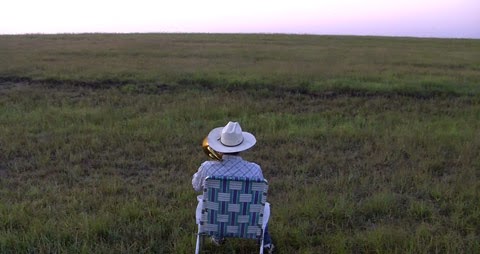 Farmer Derek Klingenberg gets millions of views for his parody song videos of pop songs like “What Does The Farmer Say?” (parody of the viral video “What Does The Fox Say?”).

But for this video, Farmer Derek brings it down to basics – just him, a chair and his trombone as he blares Lorde’s hit “Royals.”

Clearly the cows appreciate the effort as they come from afar to stand and listen.

But Farmer Derek isn’t content to just serenade. Stick around for the end (3:50 mark) where he goes for the audience participation, and gets it. 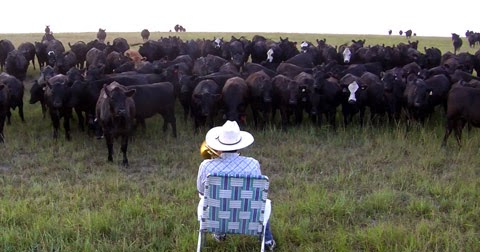