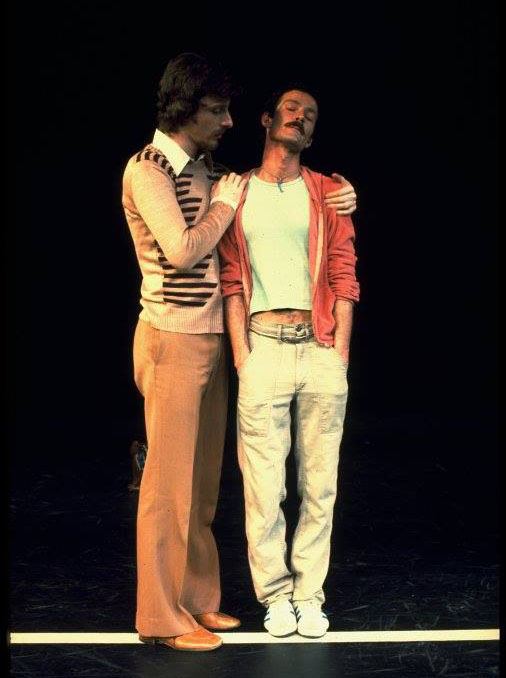 I don’t take my fellow LGBTQ media colleagues to task very often, but I have to say I’ve been stunned how little coverage the passing of Tony Award winner Sammy Williams of A Chorus Line fame got in the LGBTQ media.

I’ll admit up front that some outlets like Boy Culture and Kenneth-in-the-212 took time to acknowledge the huge contribution that Williams made with his groundbreaking performance as a gay dancer in the original Broadway production of A Chorus Line as “Paul San Marco.”

But so many – and you know who you are – didn’t take even a few minutes to briefly write or even link to remembrances of the actor.

I even wrote to a few major outlets to point up his passing.

In addition to the Tony Award, Williams was honored with the Obie Award and a Special Theatre World Award for his stunning work.

It’s no exaggeration to say Sammy’s performance in A Chorus Line changed lives.

Audiences gay and straight had rarely seen such a raw, authentic portrayal of a gay man on the Broadway stage before his Tony Award-winning performance. For many gay men it was heart-stopping to see our lives presented without any pulled punches.

Long before we had actors like out actors like Sean Hayes and Jim Parsons put gay life in front of audiences, even before we had straight actor Billy Crystal in the 70s TV show Soap, Sammy Williams had the courage and talent to stand alone in a single spotlight and stun audiences with a 7-minute monologue with no special effects or tricks – just the power of the sound of his voice – wherein he chronicled his character’s difficult journey as a young gay dancer who could only find safety in the company of drag queens.

Drag queens, Tony Awards, Broadway, authentic gay life – these are subjects constantly in the gay press but for the most part Williams’ passing went ignored.

A Chorus Line won not only 7 Tony Awards (one for Williams) but a Pulitzer Prize for Drama – in great part because of Williams’ performance.

He was a courageous artist and trailblazer.