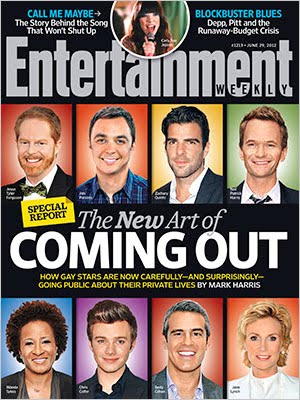 Only a short excerpt of this week’s cover story is online:

Fifteen years ago, when Ellen DeGeneres decided to come out of the closet, it was big news. Not just big: It was the cover of Time magazine, and a major story on Oprah, Primetime Live, and CNN. Last month, another star of a popular TV comedy went public with his homosexuality. But the news that The Big Bang Theory’s
Emmy-winner Jim Parsons is gay was reported with such matter-of-fact
understatement that many people’s first reaction was a quick Google
search to see if maybe he was out already and we’d all just failed to
notice.