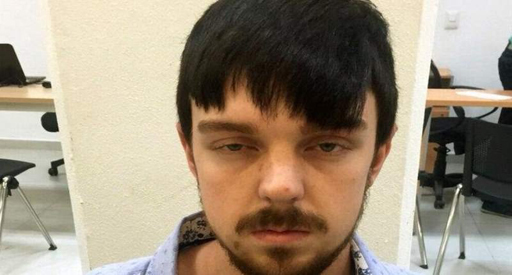 So, before “affluenza” boy Ethan Couch was apprehended in Mexico for skipping out of the country which violated his probation for killing four people while driving drunk, it seems the young Mr. Couch racked up a healthy $2,100 bill in Puerto Vallarta strip clubs.

You’ll recall Couch caused outrage a couple of years ago when he was on trial for the drunk driving escapade that not only killed four but seriously injured others. A defense witness during the trial testified that the 16 year old wasn’t to blame for the crime because he suffered from “affluenza” – a made up term meaning his wealthy parents spoiled him.

On the lam in Mexico, the now 18 year old was dragged back to his hotel where strip club managers demanded to be paid for his exorbitant bill.

Couch visited Prestige and Harem, two gentleman’s clubs in Puerto Vallarta, and ran up large tabs at both.

Strip clubs in Mexico allow patrons to run up tabs they must settle before leaving, unlike in the U.S. — where patrons generally pay for drinks and lap dances as they go.

“It is our policy to escort the man back to his hotel or to an ATM machine to get our money if they don’t have it with them,” Eduardo Dudinez, manager of Harem, told the Daily Mail.

Dudinez said none of his employees remember seeing Couch at Harem, but he also said the club’s top managers forbid employees from speaking to reporters about their clients.

However, a manager at the rival Prestige club told the Daily Mail that he saw Harem employees walk Couch past his club on their way back to the teen’s hotel.

“He had drunk a lot,” the manager said. “He could hardly walk.”

The Prestige manager claims he saw Couch’s receipt from Harem, and he said the teen spent more than $2,100 at that club.

Couch’s mother has already been deported to the U.S. where she faces up to 10 years for helping her son avoid jail time.

Ethan is currently jailed in Guadalajara, where he is attempting to thwart efforts to have him sent back to the U.S. for questioning about a video that shows him playing beer pong. If found to be true, it would be a violation of his probation and he could be incarcerated for up to 120 days.