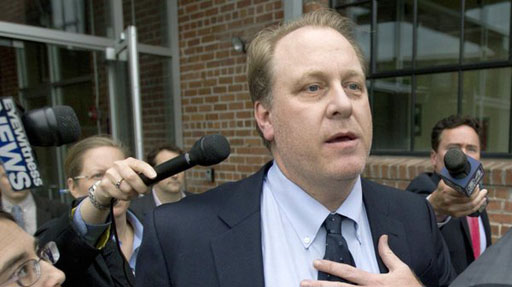 Talking Points Memo has the details:

ESPN announced Wednesday night that it was firing former World Series champion Curt Schilling from his role as a baseball analyst after he posted several anti-transgender memes to his public Facebook profile.

“ESPN is an inclusive company,” ESPN said in a statement. “Curt Schilling has been advised that his conduct was unacceptable and his employment with ESPN has been terminated.”

The memes Schilling posted on Monday appeared to support a recent spate of legislation in various states requiring transgender people to use bathrooms that correspond with their birth sex. After facing intensive criticism online, Schilling doubled down in a lengthy public blog post calling his detractors people “just dying to be offended.”

After taking a day to assess the impact of his posts, ESPN dismissed Schilling.

Schilling has got the network in hot water before. After sharing a meme comparing Muslims to Nazis last August, he was suspended from hosting duties for the duration of the rest of the baseball season. Back on air in February, he received no reprimand for suggesting that Democratic presidential nominee Hillary Clinton “should be buried under a jail somewhere.”

Here’s the meme Schilling shared which was supposed to represent transgender women: 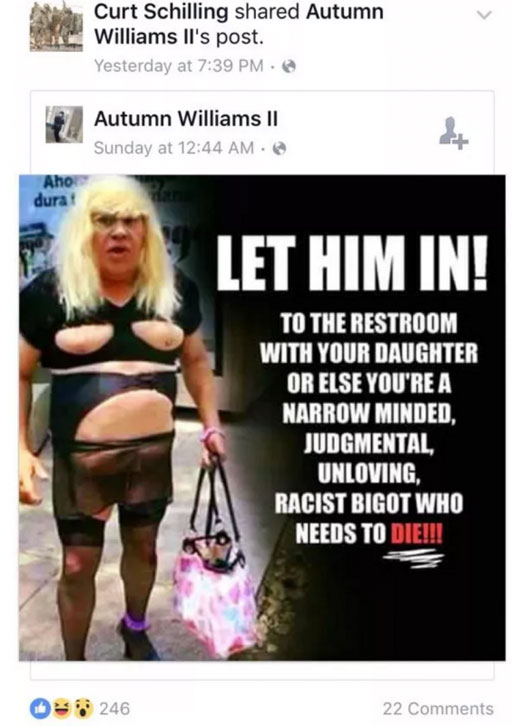 Of course, the wingnuts have all come out in an outrage, but more interesting is the response from Schilling’s wife who took to Facebook to proclaim what a transgender ally Schilling is: 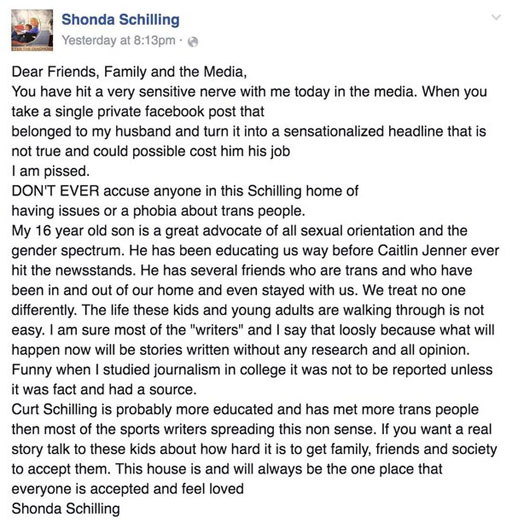 Now, does the person Shonda Schilling describes in her post sound like the “educated” and “loving” person who would post the meme above?  I can’t imagine anyone who has trans friends would share that image.