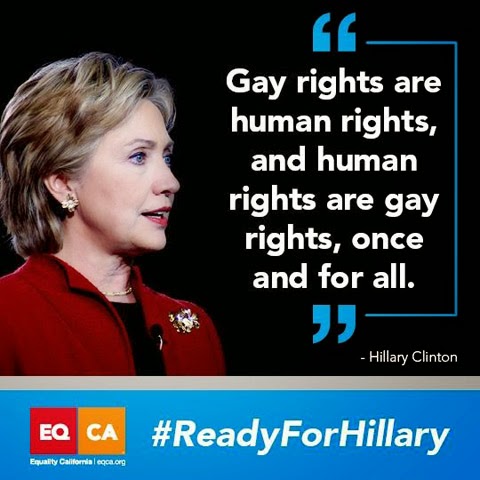 Equality California, one of the largest LGBT advocacy groups in the USA, has endorsed Hillary Rodham Clinton in the 2016 presidential election.

EQCA is the first major LGBT organization in the nation to endorse the former Secretary of State for President.

“We want Hillary Clinton to run and are ready to mobilize our 800,000 members to help her win,” said Equality California’s Executive Director Rick Zbur. “We’re enthusiastic about her candidacy because she has the best record of accomplishment on LGBT issues of any potential candidate. Equality California is ready for Hillary!”

As Secretary of State, Clinton championed the rights of LGBT people around the world, making LGBT rights and acceptance a global priority.

In 2011, Sec. Clinton gave a historic speech on International Human Rights Day at the United Nations in Geneva, saying: “Gay rights are human rights, and human rights are gay rights.”